Meditation and Prayer: What Happens When We have Expectations

If I think of God as a cross between Aladdin’s genie and Santa Claus, existing just to grant my every whim, then yeah…prayer is going to be a whole bunch of nothing.

A friend of mine once asked me if I thought praying to God worked. I said I did.

He asked because a girl he’d met said she didn’t because she never got what she prayed for. I said she drew her conclusion because her expectations about God and prayer weren’t met. We do that a lot in life.

For example, some folks sour on meditation because they do it for a little while and don’t achieve what they imagine they should—no deep insight, no profound experience, no permanent end to anxiety or sudden awakening to sublime peace. Just sitting quietly and wondering why the meditation isn’t giving them what it’s supposed to.

Like meditation, our expectations of prayer help define our experience of it.

God may not be made in man’s image, but He is certainly defined by man’s expectations. As each person has different expectations, they will also have different experiences. And if one relies on those expectations too heavily, the reality of the experience will probably be pretty disappointing.

If my boyfriend or girlfriend doesn’t turn out to be what I wanted or expected, is that really their fault? If I have a family, a career, a mortgage and a best-selling book but don’t feel fulfilled or satisfied or happy, did every one of those things fail me?

If I think of God as a cross between Aladdin’s genie and Santa Claus, existing just to grant my every whim, then yeah…prayer is going to be a whole bunch of nothing.

Is that God’s fault? Does it prove that prayer is an ineffectual delusion? Or maybe, just maybe, does it simply prove that I have unrealistic expectations about some things?

An example of this at work comes from the life of the prophet Elijah told in 1 Kings chapter 19, probably my favorite account in the Bible.

Here’s the scene: Israel has a misbehaving king. Prophets have been doing their job (not foretelling the future but telling truth to power) and it has gotten all of them killed except Elijah… and he’s on King Ahab’s most-wanted list. Where is the powerful God of Israel during all of this? The one who flooded the world and microwaved Sodom and created… like, everything?

Elijah just throws his hands up and tells God he quits. “God’s not getting involved, and this job’s going to get me killed just like everyone else. I’m done! Elijah out!” He eventually makes it to Mount Horeb, a holy place. He finds a cave, curls up in a fetal position, and falls into a vision-state.

A voice asks him what’s wrong, and Elijah explains. So the voice tells him to go to the cave opening because God Himself is about to show up. Here’s what happens:

Elijah got to witness that awesome destructive power but God was never present in those demonstrations. They were reminders that power wasn’t the point—God was in the whisper.

It’s almost like He enjoys subverting expectations we have of Him.

Scientists know the importance of keeping your bias out of your experiments as much as possible. Your expectations may or may not affect the outcome of the experiment, but they’ll definitely color your interpretation of the results.

Whether we think something works or not often depends on what we think it’s supposed to do. If it doesn’t meet our expectations, it’s easy to think it doesn’t work. That can be true for a medical treatment, a job, a relationship, a movie plot, prayer, meditation, an investment plan or pretty much anything else.

The Need for Meditation in Uncertain Times

By Leo Babauta These are times of heightened change, disruption, uncertainty, fear, anxiety. It can feel pretty crazy for most of us.So how do we cope? What can we do in the middle of chaos and crisis? This is when meditation becomes of critical...
Read More

Mastering the Art of Meditation

By Manmohan Singh An Indian spiritual teacher once said, “Meditation is painful in the beginning, but it bestows immortal bliss and supreme joy in the end.” Yes, practitioners from different walks of life share the same thought about...
Read More

The Ways We Take Away From Our Lives {Flash Dharma}

By Daniel Scharpenburg This life right now, in each moment, is all we really have. The past is gone and the future is only potential. We spend so much time not focused on the here and now, but we do have the power to change that. We have...
Read More

The Reality of Mindfulness

By Leo Babauta Mindfulness has (amazingly, wonderfully) become quite a buzzword in the last decade or so, and for good reason.It’s powerful, and can help us to become more present, happier, more focused and much more.However, if you’re new to mindfulness,...
Read More

David Jones
Columnist at The Tattooed Buddha
David Jones has a 30-year career with the United States government. He encountered mindfulness in therapy for his endangered marriage (which had led to anxiety-based depression and dissociative disorder symptoms), and writes about the experience in his blog as well as articles in various publications. He started writing articles about mindfulness for Yahoo Voices under the brand: A Mindful Guy.

David Jones has a 30-year career with the United States government. He encountered mindfulness in therapy for his endangered marriage (which had led to anxiety-based depression and dissociative disorder symptoms), and writes about the experience in his blog as well as articles in various publications. He started writing articles about mindfulness for Yahoo Voices under the brand: A Mindful Guy.

The Hell Realm: What to do When Everything is on Fire (and How Knitting Helps) 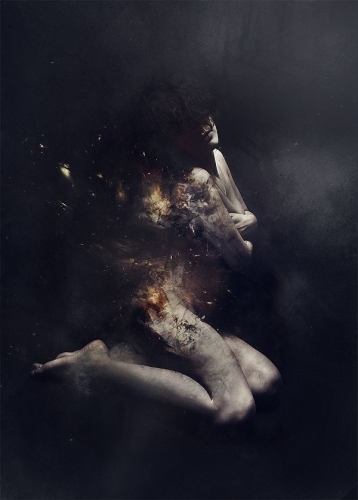 The Gift of Feeling Everything. 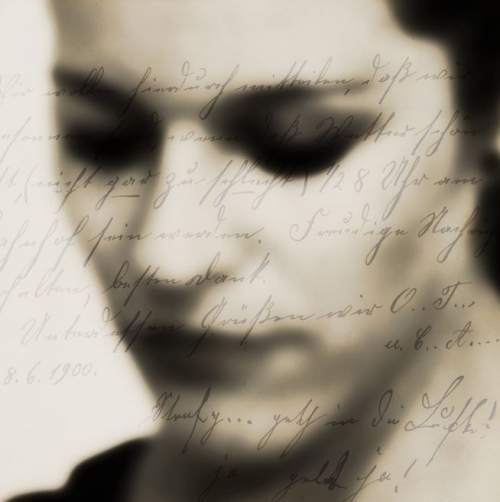 I Miss You Already.