Turning the Wheel of American Buddhism: The New Generations 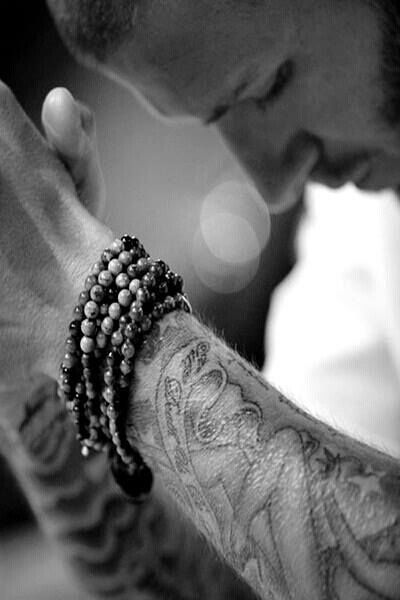 Another vital, new and long overdue development has been the efforts of Gen X-ers and Millennials toward the inclusion of people of color and LGBTQ folks into the fold. And not just including them into straight, male-centric sanghas, but creating new and different communities designed to represent the cultures and concerns of those outside the racialized, gendered norm.

I have very much enjoyed writing for the Tattooed Buddha and am aware that many of its readers may be more or less half my age.

Yet, I have found very little written on newer developments in Buddhism in this country among practitioners in the Gen X and Millennial cohorts. One notable exception is Ann Gleig’s excellent American Dharma from last year which brings the scene right up to date. I do recommend reading it, but what I’d like to do here is focus briefly on a few key areas in which what you might call today’s post-traditional Buddhism differs from the models of practice of the counter-culturally inclined Baby Boomers of the 1960s and 70s.

Perhaps the most significant development in Buddhism in the United States over the last 20 years or so has been what I call the psychological turn.

Among the first to recognize the necessity of incorporating psychodynamic insights into Zen practice has been Barry Magid who is the teacher at the Ordinary Mind Zendo in New York (I am a student of his there). A long time psychoanalyst and dharma successor to Joko Beck, Magid came to witness first hand how the dismissal of psychological issues among his generation Zen teachers (both Japanese and American) and students led to the notorious sex scandals of the 1970s.

It was Beck who first came to believe that traditional Zen practice leading to some sort of enlightenment was woefully insufficient for the cultivation of psychological health and characterological growth. Her teacher, Taizan Maezumi, whose Zen credentials, insight and teaching skills were impeccable pursued his students sexually and was a severe alcoholic.

Another U.S. Buddhist teacher who has been in the forefront of the psychological turn is Jack Kornfield. One of the founders of the highly influential Insight Meditation Society, he apparently broke with co-founders Joseph Goldstein and Sharon Salzberg over the importance of using the concepts and practices of Western psychology in Buddhism. His Spirit Rock center in California is a model, I think, for the new American dharma in its use of Vipassana, Zen, Vajrayana and psychodynamics. Another is Josh Korda at Dharma Punx New York/Brooklyn, a Gen X teacher who incorporates specific psychoanalytic theory into first generation Vipassana.

There are those who still advocate for a more undistilled traditional practice, but I think it’s clear that the turn towards dealing effectively with personal insecurities, anxiety, sexual fantasy, neurosis, unconscious drives, dysfunctional relationship patterns and the entire panoply of issues recognized by Western psychology, represents the future of Buddhism in this country. I must emphasize, though, that I am very critical of the popular versions of Mindfulness which reduces a rich ethically grounded religious tradition to just another therapeutic and self-help strategy.

I also feel the movement to secularize and scientifically validate Buddhism as exemplified by Steven Batchelor and his followers to be seriously misguided.

Does measuring brain scans of meditators really tell us anything valuable about a religious practice that can transform lives?

And Buddhism is a religion with scriptures, ritual, liturgy and faith. Batchelor and his kind also want to go back to what the Buddha said. But, how can this be possible when the only record of Shakyamuni’s teaching we have were written 800 years after his death? Better to create a specifically American Buddhism relevant to our culture and time and let Gautama remain a glorious ghost.

Another vital, new and long overdue development has been the efforts of Gen X-ers and Millennials toward the inclusion of people of color and LGBTQ folks into the fold. And not just including them into straight, male-centric sanghas, but creating new and different communities designed to represent the cultures and concerns of those outside the racialized, gendered norm.

Leading the way has been the East Bay Meditation Center in Oakland. A friend who lives at the Berkeley Zen Center told me that a young multi-racial man new to Zen likes the forms there, but loves the inclusiveness of East Bay. Interestingly, two years ago the Soto Zen Buddhist Association in the U.S. revised its Verse of Atonement to acknowledge historical injustice to women and people of color. Fucking about time, I say.

But I wish I had a dollar for every time I’ve heard the universal “we” invoked by a white Zen dude and thought to myself, like Tonto, “what you mean ‘we,’ white man.” At least we don’t imagine the Buddha as white, do we?

Finally, as a socialist, I am particularly interested in newer developments around Engaged Buddhism.

This movement is spearheaded by the Buddhist Peace Fellowship which has been revitalized and revisoned in recent years. It emphasizes solidaristic expressions of the Dharma in direct opposition to the individualism, militarism and racism so prevalent in the United States. While I am in full support of Buddhists who engage in protest and collective social action, what I have yet to see and believe is vital to any engaged sangha is a radical meditation practice which cultivates the experience of mind as a social relation.

At the Ordinary Mind Zendo in New York City, we practice shikantaza or “just sitting.”

This is a very traditional form of zazen going back at least as far as the 13th century master Dogen. And as I mentioned earlier, Barry Magid there teaches a psychologically informed Zen. OMZ is a lay sangha as opposed to the Japanese priest model which characterized first generation American Zen. It is clear to me that a Buddhist practice geared toward regular people in the context of their work and family lives, it the way to go now and in the future. But how can the seemingly passive “just sitting” meditation cultivate an alternative radical consciousness which runs counter to the values and institutions of our current capitalist world? I can only give some hints based upon my own ideas and experience.

As the 20th century Japanese master Homeless Kodo Sawaki always pointed out, zazen is useless. It alone does not make us smarter, healthier, happier, more productive or well-adjusted or better in any way. We just sit straight, still and silent watching the movement of our mind for its own sake. This makes it different from almost everything else we do in life, like going to school to get a job, working hard to get a promotion to make more money to buy nice stuff, seeking therapy to make us happier and more well-adjusted in our relationships, working out and eating right to be healthier, getting married and having kids to have a happy if conventional life etc., etc.

But shikantaza is not a goal oriented, means-to-an-end practice and as such runs counter to the American way of life.

When I sit, I notice a constantly changing succession of thought, feelings and emotions, but nowhere do I see a core self which experiences and organizes these things and which persists over time. I am not the same person I was as a child, an adolescent, a college student, a new husband or father. These are all momentary “self states,” but try as I may, I can find no stable essence which I can call my self.

How different this is from the common sense assumption, which capitalist society inculcates in us from an early age, that we are autonomous isolated individuals each seeking our own self-interest and fulfillment through working and consuming. And experiencing what we call our personalities this way leads directly into the core Buddhist philosophy of dependent origination. What we (and everything that exists) are is a particular, transitory expression of a vast interdependent web of causes and conditions.

Interpreted socially, along Marxian lines, the human being is “the ensemble of social relations.”

My hope is that sitting practice and the experience of non-separation from the people and events of my life may be a kind of vaccination against the selfish individualism and competitiveness of our consumer society. I see shikantaza, when combined with critical study and informed social action, as potentially leading to contemporary Buddhist enclaves of an alternative oppositional consciousness and countercultural practices. But, I am old and maybe in the way.

The future of American Dharma lies with all you tattooed and pierced Bodhisattvas now reading this. I hope to learn from you. 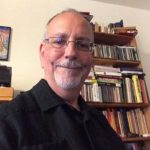 Enrico Blanca is a free range intellectual (of pecking intelligence), poet, flaneur, socialist and cosmopolitan bon vivant who lives in New York City. He has had a nearly 30 year career as an academic librarian and is now embarking on a second one as a substance abuse counselor. A long-time Zen practitioner, he now studies with Barry Magid at the Ordinary Mind Zendo. He has a passion for music, cooking, writing and performing his poetry, and cherchez les femmes. Right now he is all about Ikkyu.

Magic Words: The Dharma of Apology

By Kellie Schorr   It was just a summer fling, as common as the rain in April. It was fun, fast, and, oh my gosh, so different from dry routine of marital intimacy in the last few years. Her husband stood there with the oozing...
Read More

Living With Uncertainty: Musings of a Buddhist Skeptic.

By Johnathon Pendall   I’m taking a short break from Koan Quest Across the West to help work on the Tattooed Buddha Podcast and write this column. I was going to write a column about karma and rebirth, but I think I’ll toss that into the laundry bin for...
Read More

How to Love without Fear? You Fake it till You Make It, Man.

By Lee Glazier   So, I was enjoying an herbal meditation session the other day, and something awesome happened: I fell in love. Not with a person or any tangible thing, but I literally fell in love, like diving into the Pacific. Just then, my cat ventured...
Read More

By Ty H. Phillips   There is no reason to be alive if you cannot do the deadlift. -Jon Pall Sigmarsson Whenever I teach my dharma students---new and old---about the path, they often find my analogies amusing, unorthodox and sometimes, crazy. That being said, I am...
Read More 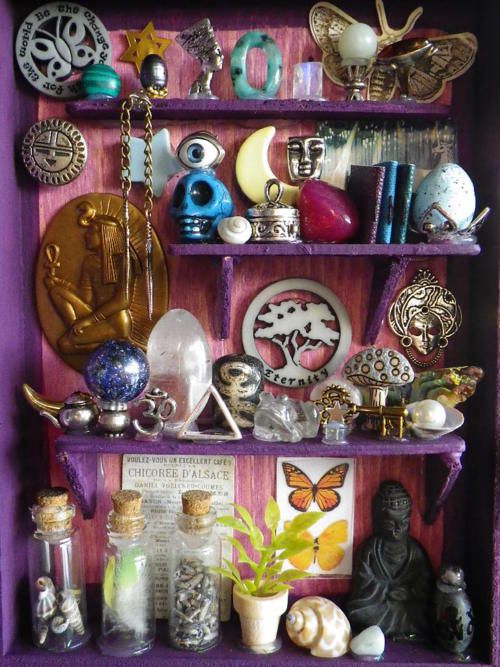 Buddhist with a Pagan Heart. 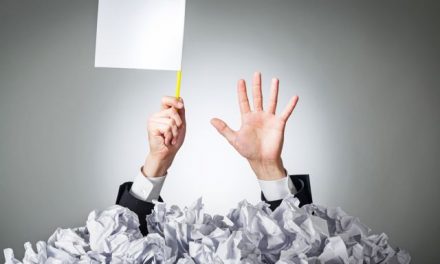 7 Things You Can Do When You are Feeling Overwhelmed 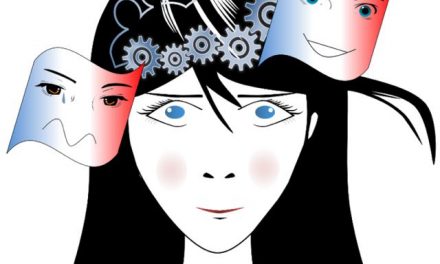 Feeling Like You Can’t Break Out of a Rut? How to Change: 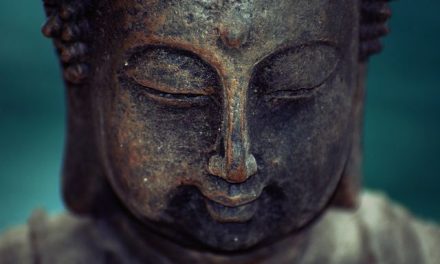