Mindfulness isn’t About Being Present

Looking back, my life is a stream of arbitrary events that somehow capture everything it means to be me. Can you relate? I remember hugs, I remember rides in the car when I was kid. I remember crisp, clear autumn days, and that time I sprained my ankle. There are mental images of dinners, soda pops shared, french fries defended, and pizzas dropped on the floor.

The past and future are alive in the present.

There’s a cult of presentism in a lot of Westernized Eastern schools of thought. But after talking to an old friend for an hour on the phone, it’s clear that there’s more to the present than just the present. There are moments that drip with memories, and sometimes, those memories are so close that they return us to the people we were when we lived them.

The present is always filled with the past. When we look at someone we love, we’re not just seeing them, we’re seeing history; we’re seeing the passage of time. It’s always the littlest moments that seem to have the deepest impact. Looking back, my life is a stream of arbitrary events that somehow capture everything it means to be me. Can you relate?

I remember hugs, I remember rides in the car when I was kid. I remember crisp, clear autumn days, and that time I sprained my ankle. There are mental images of dinners, soda pops shared, french fries defended, and pizzas dropped on the floor. These are all the things that present-focused practices want to steal.

If I’m solely in this moment, and only this moment, then it’s like none of that ever happened. It empties out the present, deprives it of almost everything that makes it significant. It’s like a spiritual lobotomy.

Yes, it also takes away our most potent pains and sorrows, but at what cost? When I see a sunset, the fact that I’ve seen hundreds of them and that they’ve all been unique, makes that sunset experience richer than it would be without them.

If I love someone, I see who they’ve been as part of who they are now. I can see how they’ve changed, how they’ve grown, and sometimes how they’ve fallen. No matter what, the fact that I can see that history makes their presence more intimate than it would if I was just living in the here and now.

Some of us might’ve had saintly, innocent visions just now, some of us not—all of us both. I know I’d be living a totally different life right now if there were no such as consequences. I probably would’ve stolen someone’s house. We don’t do any of those things because we know that there’s a future.

Personally, if I didn’t believe in the future, I’d have no reason to get out of bed in the morning. If I had to choose between life seeming deep and purposeful, or blissful and at ease, I would choose deep and purposeful every time. Living in the present is an absurd maxim, and even the people who live by it, don’t actually live by it. If they did, they’d probably be dead or institutionalized by now.

So, “Live in the present,” isn’t helpful advice.

Mindfulness doesn’t really involve paying attention to the present, it involves paying attention to passages—the passage of thought and phases; the passage of experiences and one experiencing them. When we hear a long note on a violin, we’re aware of how it begins as a light scratch across the strings, and how it grows into a note that shakes and lingers. We hear it soften and shrink into echoing silences as the violinist rests between tones. We feel our own inner life respond to that sound, and we’re aware of being aware of it.

Applying this type of appreciative attention to the entirely of our experience, any experience, is mindfulness.

And if the past sweeps in and colors that note with memories, or if the future rushes in as you anticipate where the melody is going, then so be it. That’s part of it, isn’t it? That gives the note meaning, and that meaning only deepens our appreciation. It helps us focus on it even more. We can watch that depth too, watch it move with the sound, watch it rearrange our whole state of mind.

Mindfulness isn’t about being present. It’s about concentrating on what it is.

Sometimes, “What is,” includes a wandering mind; sometimes it includes rumination. Making any sort of sense of the present, or making it meaningful in anyway, always involves memory, desire, and expectation.

An instant without those traits is illuminating, but a life without them isn’t a life. Living in the present, disregarding the past and future, is impossible and—if it were possible—devastating. There’s nothing wrong with being human. Buddhahood isn’t robothood. You’re not an NPC following a script in a game; you’re a playable character in an open world. You can venture wherever you look.

In fact, to me meditation is the path of artists, writers, poets, actors, dreamers and rebels—dynamic, emotional people. If someone doesn’t have a wandering mind, I can’t even imagine them being interested in meditation. If your life wasn’t rich and vivid already, I can’t imagine being drawn to Buddhism as a way to put all that intensity into context.

I don’t think we have to give all that up; we just have to pay attention.

Mindfulness isn’t about being present. It’s about concentrating on what it is. ~ John Lee Pendall Click To Tweet

By John Author   Ladies and gentlemen, welcome to another installment of John Author's pretentious, winding, anarchistic inner monologue. Daniel Scharpenburg, my Dharma bro, said in his review of my book that I weave things together that don't initially...
Read More

I Practice DIY Buddhism Because this is What Fits

My high school mascot's name was Bob. He was an ear of corn wearing overalls. You can't make this stuff up. In a place where country music and rap happily shared the same studio apartment, the popular kids burned CD's, drove trucks with spinning rims, and their huge...
Read More

By John Lee Pendall I was still an innocent Catholic kid when I first slipped into a meditative absorption... thing. The church was completely silent as we all knelt with the host dissolving on our tongues. That sounds weird. Scratch that---as...
Read More 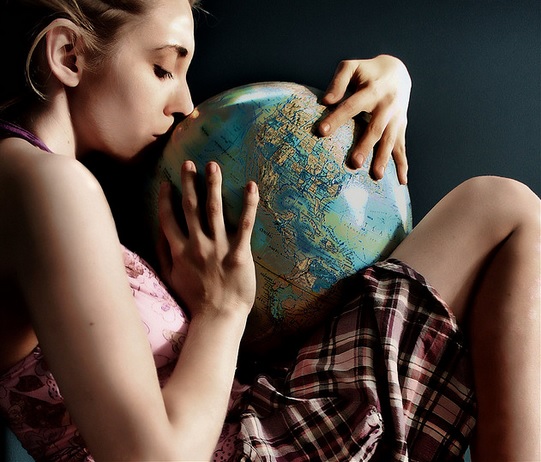 Why Tiptoe When We Can Dance?

5 Tips for Making and Keeping Your Resolutions

Ask a Zen Teacher: How Can I Calm My Mind?

Formation: Along the Ganges and Back Again. {Book Review}