Ch’an Buddhism: The Way of the Patriarchs.

Patriarch’s Ch’an, as a distinct concept, maybe defined as the method utilised by the Ch’an School of China, designed to convey the reality of the empty mind essence—here and now—without recourse to the expedient Buddhist teachings found in the sutras.

This is because the expedient Buddhist teachings found in the sutras, are pointing to exactly the same empty mind essence.

The human propensity for attachment to intellectual concepts influenced the Buddha to pass-on his realisation ‘mind to mind,’ thus by-passing the requirement for intellectual engagement and sophistry. The strongest intellect, as it is unaware of the existence of its own historical conditioning, is not wise, and can not see beyond its own limitations.

When the expedient teachings of the sutras are mediated through the intellect, they become dumb curiosities and part of the ignorant fetters that bind humanity to the suffering of existence. The wisdom contained within the sutras can free the mind, providing there is no attachment to its apparent ‘holiness.’ The duality of ‘holiness’ on the one hand, and ‘ignorance’ on the other, makes fools of us all.

Pointing directly to the essence of the empty mind is exactly the Patriarch’s method of Ch’an.

All Ch’an masters understand the sutras without effort, because the meaning of all sutras does not go beyond the realisation and comprehension of the empty mind ground. If a sutra goes beyond this, then it is not the true word of the Buddha, and is a fabrication of the ignorant mind. As ignorance knows no end, so do false sutras (and incorrect commentaries). This is doubly correct of true sutras interpreted incorrectly to justify this doctrinal view, or that political justification.

The Patriarch’s method of teaching Ch’an does not go beyond the Tathagata method of teaching Ch’an, as one reflects the other free of delusion. When delusion is present, nothing works and no amount of effort will clear the way for effective self-development. A deluded interpretation of ‘enlightened words’, is still only ‘delusion’ and not the ‘wisdom’ it pretends to be.

The Fourth Ch’an Patriarch was the Great Teacher Dayi Daoxin. One day, as Daoxin was walking to Huangmei County, he encountered a young child on the road. The child was unusual looking and fine featured.

Daoxin asked the boy: “What is your name?”

The boy answered: “I have a name, but it is not a permanent nane.”

Daoxin said: “What name is it?”

Daoxin said: “You do not have a name?”

Daoxin stared at this young Dharma-vessel. Later the boy became his student and eventually inherited the Dharma and became the Fifth Ch’an Patriarch—Hongren. Hongren would eventually choose an illiterate man for his successor, who would become the Sixth Patriarch of Ch’an—Hiuneng.

This is a significant statement to humanity, because Hongren had many students who were affluent and well educated. These students had fully functioning intellects which were the consequence of their relatively good socio-economic backgrounds, and privileged upbringings. However, as the illiterate and poor Huineng proved, this kind of advantage in life means nothing if the empty essence of the mind is not fully realised here and now.

The chatter of privilege means nothing to the Buddha, or his enlightened descendents.

Adrian Chan-Wyles (Shi Da Dao) received personal and academic instruction for 16 years under the guidance of the eminent British Sinologist Richard Hunn (1949-2006), in the lineage of Ch’an Master Xu Yun (1840-1959) and Charles Luk (1898-1978), and studied the subjects of Chinese Ch’an Buddhism, Daoism, Book of Change (Yijing) studies, Confucianism, and Chinese language and translation skills. He is the current Custodian of the Richard Hunn Association for Ch’an Study (RHACS), and the Spiritual Director of the International Ch’an Buddhism Institute (ICBI).

The Yellow Ribbon for the Dalai Lama 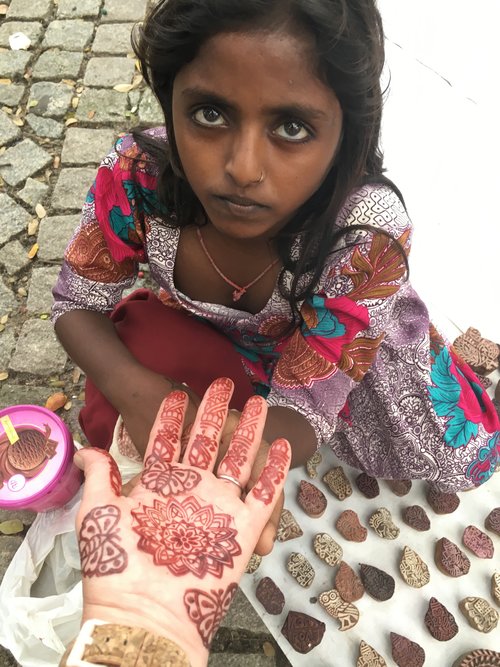 The Little Lie That Kept Going All Day: My Journey to India {Part II} 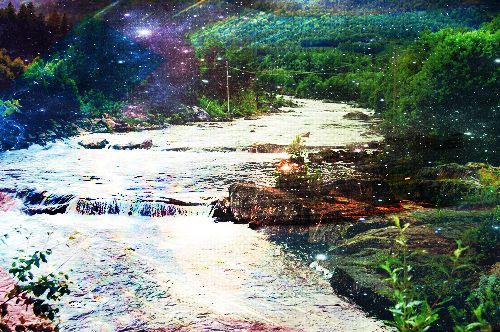 The River: The Opposite of Trying to Gain Control of a Life That Flows.

Everything is Perfect: Enlightenment in the Hot Shower.