Finding Compassion in a Divided World.

Compassion may be easy to define but perhaps a little harder to live.

Many of the qualities associated with compassion have become pejoratives in today’s ”gotta look tough, act tough, be tough” world. It’s almost as if feeling sympathy or empathy with those in need is a problem.

Honestly, the “problem” with being compassionate is that it leaves you vulnerable.

Sounds bad, does it? Americans feel too vulnerable as it is; who would want to make it worse? We want to do things that make us feel safer and more secure.

But really, complete “safety and security” is an illusion that provides temporary comfort at best. That’s not fun to face, but it’s true. As humans, we tend to lie to ourselves if it makes us feel more secure.

Here are a few falsehoods (pretending to be hard realities) about being compassionate:

If you’re compassionate, people will take advantage of you.

A Facebook meme is making the rounds describing generous and kind-hearted people as those who love too much, who’ll do anything to help others. Then in the end they’re the ones who are left out in the cold, alone when they need help themselves—thrown away like a used tissue until those same people come around begging for more in an abusive cycle.

Although we’ve seen that pattern before, it’s illusory to call it “having compassion” because it confuses being compassionate with having weak or nonexistent boundaries. That can lead us to enable others in damaging ways out of fear.

True compassion doesn’t enable damaging behaviors that actually contribute to another’s continuing suffering. Is it really compassion to turn a blind eye to a friend’s gambling or drug addiction and then give them money to continue their habit once they run out?

Compassionate people are just bleeding hearts who fall for every sob story.

Compassion doesn’t equate to gullibility. A man who asks for safety from war or crime is different from a man who wanders from gas pump to gas pump for an hour asking each patron for help getting money for enough gas to get to his wife a couple of hundred miles away.

Compassion also knows its own limits. It seems like there’s always another group asking for attention and prayers. “Another group in need? I can’t keep up! Screw it! I can’t afford to care!” But compassion is about your attitude more than your actions. It’s the difference between “Those poor Syrian refugees” and “More ragheads? They need to go back where they came from. We don’t have any room for them here.”

Maybe I can’t do anything to help, but would I if I could?

Compassion doesn’t see people in need as groups wanting to take attention and support away from others, but as humans who need food, shelter, love, or even just understanding.

Compassion for the wrong people endangers us all, so it’s better to be safe than sorry.

Here’s where many of us trip up: putting on our judge robes so we can decide who really deserves our compassion. If we don’t see it as benefitting us, or we think they brought their suffering on themselves, will we withhold our human desire to care?

The remake of Dawn of the Dead has a zombie-pandemic analogy for this. Two characters argue on the rationale of helping some strangers circling a shopping mall parking lot in a delivery truck, chased by an untiring horde of undead. A nurse (warm compassion) argues for letting the strangers into the relative safety of the mall, while a security boss (cold realism) argues against it. Essentially the argument goes:

“If we start letting people in here then we’re going to let the wrong ones in and then you know what? I’m dead.”

When another character tries to convince the security boss that turning away the people in distress would be tantamount to killing them, the boss justifies it instantly, calling his withholding of compassion, ”Self defense.”

Zombies are a perfect example for Americans of that xenophobic worry that robs folks of their compassion. Us vs. Them: Stay away from Them, because you can become infected by their differences and then you end up one of Them and no longer one of Us. Zombies aren’t about radiation or voodoo anymore; they’re all about infection, about sickness. Does the world seem like it’s full of sick people? What with all the violence against black, Latino, LGBT, foreigners, and police, it seems like the world itself has gotten sick.

But then we realize that other eyes see those very groups of people as the sickness. A recent church sign said that you can’t ask God to bless a nation that legalizes sin such as gay marriage. When everyone who isn’t part of your tribe is seen as a threat to your way of life, you close ranks and save your caring.

Save it for you and yours. Us, not them.

Compassion as a Buddhist behavior is sometimes described as realizing that there are no others. We are all humans connected and united, all suffering, all capable of compassion and all in need of it. Compassion in the modern Western world is defined by the division of those brought together in the moment: those in need of compassion and those able to provide it. If I see someone in need, it’s an opportunity to express compassion.

People will continue to suffer.

How will you act when you meet up with them? Maybe you can’t give them food or money or a home.

But it’s possible that even a hug, a smile or an acknowledgment that they’re people too (deserving respect and compassion free from judgment or expectation) might be just what the suffering soul needs.

David Jones has a 27-year career with the United States government. He encountered mindfulness in therapy for his endangered marriage (which had led to anxiety-based depression and dissociative disorder symptoms), and writes about the experience in his blog as well as articles in various publications. He started writing articles about mindfulness for Yahoo Voices under the brand: A Mindful Guy.

I Don’t Want God Answering My Every Need 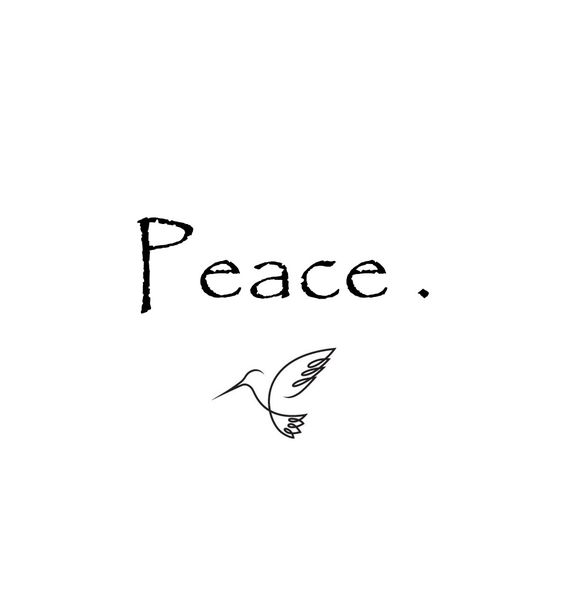 St. Patrick, the Patron Saint of Ireland, Nigeria and Engineers (Who was He, Really?)

Compassion Can Change the World.