“Did you hear about the terrorist attack in Paris?” my mom asked as I stepped in the door.

I’d just spent two hours in a waiting room with the TV channel turned to CNN, so yes, I’d heard of it. I’d seen the video of three men in a shootout at the offices of Charlie Hebdo (the French equivalent of Mad Magazine) playing over and over until I had to clench my fists to keep myself from running up to the TV and shutting it off. I was sick to death (and to my stomach) of all the violence, wanting to shut my eyes to it and never think of it again.

My mother watched me as I put my son’s jacket on, getting him ready to go home.

“We need some good men with guns,” she said. “That would take care of things.”

I stopped what I was doing. I thought for a moment about what she said.

“No, Mom,” I sighed. “I don’t think that’s the answer.” But, at the same time, I wasn’t sure what was. It occurred to me that the three men who terrorized Paris today probably thought of themselves as the “good men with guns.”

I’d been too tired to argue about it, but I thought a lot about what she’d said on the way home. I think her reaction is a typical one: you fight violence with violence.

I like to think of myself as a pacifist, but, to be perfectly honest, my first reaction to the news that twelve people had been killed in a terrorist attack was not all that different from my mother’s.

I kept replaying the image of a man pointing a Kalashnikov at a wounded officer lying prone on the ground and I got worked up; I got angry. It’s usually like that. Whenever I hear of some terror, some injustice, some evil in this world, my first reaction is: Kill it.

But if that’s all there was to it, if we could just shoot evil dead, then we’d certainly have eradicated it a hundred times over by now.

I don’t subscribe to any religion. I’ve become what I like to call a “hopeful atheist.” But on days like these there isn’t much room for “hopeful” in my vocabulary. I can’t watch the news most of the time, because the stories of rapes, beheadings and shootouts get to be too much. It’s like being in an action film that never ends, where the heroes’ victories are short-lived and a fresh cycle of violence beings again. And there’s the nagging thought that my mom might be right.

Good men with guns. That sounds like an answer, doesn’t it?

But I’ve never picked up a gun. I doubt I ever will. But what can we do when faced with terrible violence? What weapons do we use when someone is staring us down over the barrel of gun?

I think the answer lies with those who died that day. Let’s continue to do what they were doing. Pick up a pen. Write. Draw. Keep art alive. Guns aren’t the only way to fight injustice. Sometimes simply exposing it for what it is, for opening the eyes of those who want to turn away, is enough. And sometimes you need to go further.

So you mouth off a bit at evil. You laugh at it, and it diminishes. And while you’re doing that, you extend your hand to someone who is hurting. You teach your children that kindness and love produce even more kindness and love.

I think the “hopeful” part of me just won’t let up. Maybe it’s naive, but I’m willing to live with that.

I think of my toddler son sleeping peacefully in the backseat of the car. What does he know of guns? Or violence? Or religion for that matter? Do I want him to grow up thinking that the only offering he can give the world is another bullet?

I can’t let good men with guns be the answer. For his sake, I won’t. 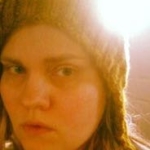 Dejah Beauchamp is part rebel, part nerd. She is constantly nurturing a fanatical love of books and music and wants to see the world. You can follow her on Facebook or Google + .

You Don’t Have to Sacrifice Mindfulness to Multi-task.

What Does It Mean to be Awake?

Dear Daughters: 5 Things I Want You to Know.