We are All Addicts.

I’ve been thinking about how every challenge in life can become the inspiration for unifying humanity, and addiction came to mind.

The nature and severity of addictions can vary so greatly, but aren’t all addictions rooted in the same place, common to us all?

One thing our minds are extremely gifted at doing is making us form attachments—to people, to things, to feelings—and in Buddhism, we learn that this is the major cause of suffering. That our own emotions can be the basis for addiction, that I can be addicted to feeling sad, or victimized, or angry, can be a revelatory concept!

The beauty of becoming aware of all our addictions is that we can use this awareness to cultivate more compassion for people in general, which can only be beneficial. I’d like to relate a couple of stories from my own life, when I was less than ideally in control of myself. I focus on addictive substances here, though there are many emotion-addictions I’ve also identified in myself!

I’m near the end of a year spent studying abroad. I’ve started smoking, though it’s not my first time. When I was 16 or so, I snuck behind the local convenience store with my best friend, and we had our first puff. She coughed and spewed and “ick’d,”while I let the smoke waft down my lungs, and thought, “Hmm. Interesting.” There was an odd coming-home sense to the whole thing.

By the end of the year, I’ve come to associate many things with smoking: all night study sessions covering such topics as “Israel, Jordan and the Palestinians: The Indivisible Triangle;” dizzying conversations with highly intellectual, sensitive beings; endless journaling sessions; falling love with someone, a fellow new-ish smoker, who had a girlfriend.

I feel I’m finally becoming human, with so many parts of me coming together; it’s a florid, gushy, engorged sensation and smoking has infused its way into all of this.

My parents come to visit. I’m feeling so emboldened by this incredible year of self-discovery that I decide I want them to know I smoke, because I now I just can’t imagine life without it. I tell them in the car as they’re dropping me off at my dorm one night.

I say, “I’d rather live a shorter, more fulfilling life doing what I want than a longer one full of deprivation and misery.”

My mother gasps, and turns around to look at me.

“That’s exactly what your grandfather used to say.”

My father’s father died of lung cancer about nine months before I was born; I’d always felt a kinship with this man I’d never met.

Smoking has by now made a less than graceful exit, and I’ve long since begun a full-blown, if toxic love affair with coffee, which fulfills me only long enough to know I’ll always need more.

It’s cigarettes all over again, with my mind jumping ahead to the next jolt, fantasizing about where I’ll buy it, and which fun bench I’ll find to enjoy it on, what I’ll be inspired to write as I’m drinking it.

This time I’m falling in love with someone who doesn’t have a girlfriend, and we’re still in the smitten, getting to know each other phase when, one morning, we’re trying to find a market (where I know there will be coffee), and we get lost. It’s early, but we’re already drenched in sweat, and we’ve wandered in to a muggy, industrial part of town that is ugly, grey and entirely café free.

I start fidgeting, and it’s clear I’m looking for something. I’m also trying to be on my best, most light-hearted behavior, but when it becomes increasingly clear that we’re nowhere near civilization (café) and that my boyfriend is not into asking for directions, I start to panic. How can I be my best, most clever and animated self without my morning coffee?

The more fun and breezy I want to be, the more worked up and grumpy I get, even more so when my boyfriend asks what’s wrong and I have to admit that the only thing that’s wrong is that I want to drink coffee.

I realize I’m on the greatest trip of my life, with a great guy, and here I am, a sickly hungry ghost who can’t enjoy the moment if it does not involve the promise of caffeine for another half an hour, tops.

Looking back on both these stories, and many more I have like it, the common denominator is that I allowed two admittedly addictive substances to become way more than they are: an important part of my identity.

When we meditate, we train to detach ourselves from our experiences—our thoughts, feelings and experiences—not to avoid them, but to observe them from a position of neutrality. In doing this, we come to see that they are fundamentally not us, and we can gain more control over how we deal with the things that arise in our lives.

It’s kind of frightening that a rolled piece of paper with tobacco in it can recall an entire year of tumultuous and special experiences, or that some black liquid in a cup could be more important than enjoying a morning in Thailand with my new boyfriend.

Along with my cigarettes, for example, I was addicted to feeling misunderstood and being the type of person that needed a ‘me-time’ cigarette at three in the morning. The more fear we have of inviting new versions of ourselves into the world, the more we rely on forming our identities from a virtual mixed tape of recycled memories and their associated feelings.

The best gift we can give ourselves is to let our addictions be our teachers, to practice the paradoxical art of losing something in order to reclaim. We can gently stand back, observing which of our stories keep arising to the surface, examining why, and coming to realize that they are a history lesson and not a tie that has to bind.

Then, we can make room for new experiences and more positive associations as we listen to our deepest needs and engage more compassionately with the world around us. 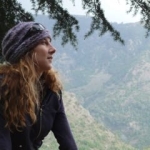 Tammy T. Stone is a Canadian writer, photographer and chronicler of life as it passes through us. A wanderer at heart, she’s mesmerized by people, places and all of our wildest dreams; the world is somehow so vast and so small. She feels incredibly lucky to have been able to work, learn and live abroad, writing, photographing and wellness-practicing along the way. She invites you to see her photography here and to connect with her on her writer’s page, Twitter and her blog, There’s No War in World, here. Her first book, Formation: Along the Ganges and Back Again, published by Prolific Press, is available here.

Tammy Stone Takahashi
Tammy Stone Takahashi is a writer, poet, photographer and student of life. She's written on wellness, spirituality and the arts for several newspapers and magazines internationally. Her short stories and poems have been widely published and anthologized and she has worked on several anthologies as co-editor. Her published works include a book of photography, "Tag it! Toronto: A City's Imagination Revolution" (2009), and the poetry collections "Formation: Along the Ganges and Back Again" (2015), "Little Poems for Big Seasons" (2016) and “Land” (2018). She is based in Canada and Japan.

Tammy Stone Takahashi is a writer, poet, photographer and student of life. She's written on wellness, spirituality and the arts for several newspapers and magazines internationally. Her short stories and poems have been widely published and anthologized and she has worked on several anthologies as co-editor. Her published works include a book of photography, "Tag it! Toronto: A City's Imagination Revolution" (2009), and the poetry collections "Formation: Along the Ganges and Back Again" (2015), "Little Poems for Big Seasons" (2016) and “Land” (2018). She is based in Canada and Japan. 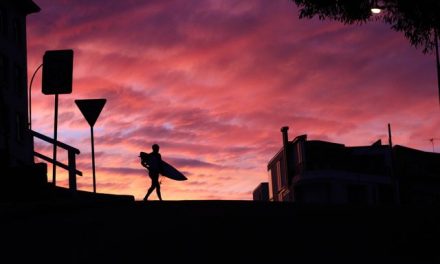 My Daughter Cuts Herself. 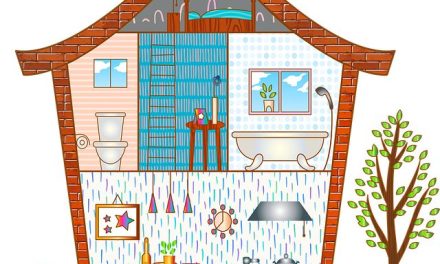 I Don’t Miss My Stuff…In Fact, I Wish I Had it All Back!