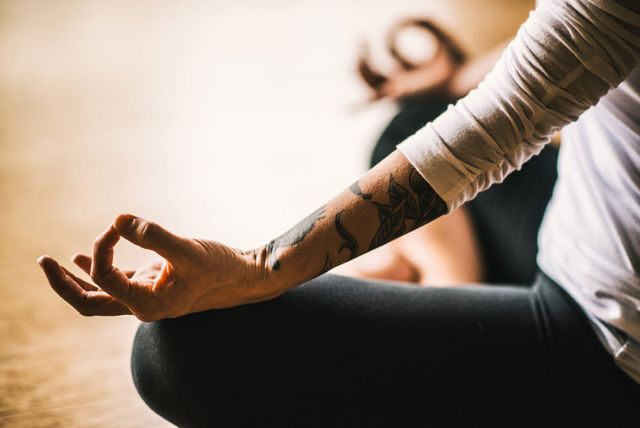 Men have dominated religion and philosophy for thousands of years, and we’ve cluttered all of it with our veiled pissing contests, chest pounding and, if you’re into Freud (I’m not), innate fear of metaphorical emasculation (I only fear literal emasculation—that sounds highly unpleasant).

I know that the self is a collection of aggregates, or an illusory appearance of absolute emptiness, or the Dharmakaya but, it’s also kind of a useful thing to have around.

It might even be something worth defending. It feels good to be myself again.

There seem to be a few circumstances that draw aspiring gurus out of, well, wherever it is they hang out when they aren’t badgering someone—I assume some kind of insane asylum that has floating open house holidays. Gurus can be bloodthirsty, and they come out in droves (like sharks smelling chum) when someone shows a sincere, unbiased interest in the Wisdom traditions.

Another way to draw them out of their holes is to assert your autonomy. That really gets ’em going.

Immediately after posting my last article on practicing in the Lone Buddha Vehicle, a bunch of household gurus approached me with admonishments and patriarchal hand-holding. I purposefully used the term, “Patriarchal,” because 1) they were all Zen practitioners and 2) they were all men. All of my female Buddhist friends responded positively to my declaration of inter-independence.

This might seem trivial to you (and if it does, I’m guessing it’s because you’re a man), but I think it’s significant.

Men have dominated religion and philosophy for thousands of years, and we’ve cluttered all of it with our veiled pissing contests, chest pounding and, if you’re into Freud (I’m not), innate fear of metaphorical emasculation (I only fear literal emasculation—that sounds highly unpleasant).

What is it about people, and men in particular, that drives us to fill in each others’ blanks with ourselves? Why do we feel compelled to cut every uncarved block into our own image? Well, the off-the-cuff response is that we’re a bunch of narcissists, but I think it’s deeper than that.

Being alive is a lonely ordeal. Whether it’s a Wrong View or not, we tend to perceive ourselves as embodied consciousnesses interacting with, “other,” but, at the same time, we’re completely isolated from the things we interact with. Also despite what Buddhist philosophy says, I don’t think a non-dual, transcendental perception is a necessary alternative. Our friends, lovers, parents and even—or especially—our children never know the real us, the self as it sees itself. The real self, in this case, being the experiences we’re having at any given moment.

Seeing, hearing, smelling, tasting, touching, thinking, feeling and perceiving: this is who we are. Even though we all engage in those same senses, we can’t directly share our inner worlds—our personal embodiment of them—with anyone else. But when we see the ghost of ourselves in another, when we see some subtle reflection of our own subjectivity, we don’t feel so alone. We feel like someone else is, “on our level,” and that someone else, “gets us.”

It’s a lie that keeps us slurring through life like seasoned drunks on the 4th of July. The second I try to imprint myself on another, I immediately cut myself off not only from them but from myself as well. I lose clarity, or at least misplace it somewhere in my junk drawer.

Like most doodads I stumble on in life, this is a paradoxical predicament. By trying to overreach or invade another person’s mind, I lose my own and live as an isolated spectator, neither knowing them nor myself. Only by admitting that I’m alone, that no one can see the formless, mind-created me behind my eyes, can I realize that everyone is like this and bridge the arbitrary divide that separates us from each other.

It’s like this: Two lonely people meet and, through their mutual loneliness, they form a bond. That bond, ironically, eases their loneliness. They’re still alone, their perceptions are still trapped inside their own bodies, but they’ve been able to form a bridge between each other. They can walk across that bridge and see themselves in the other, or the other in themselves. They can see the person they’d like to be and, in that way, they complete each other.

Gurus and patriarchs are like people who build bridges without getting permits from the county.

Sometimes, instead of seeing themselves in the other person, which is one way we can build that bridge, they see open land that they can build on. Yet, they haven’t been given permission; they haven’t formed a bond with the person they’re supposedly trying to help. So they try to forcefully insert their ideals into another person’s mind and renovate the place. If you question them or doubt them, then they say that you’re stupid, naive, or too young to know better. They pat you on the head and give you a condescending smile. “You’ll get it someday, little Johnny, you’ll get it someday.”

When their faux paternity isn’t asked for, it becomes something perverted and it shows that they aren’t truly about helping people but, about spreading their seed until everyone they know is their clone. Come to think about it, it totally makes sense that this trait would be more common in men than women.

So it’s our job, the people who can see these wannabe gurus, to protect each other from them. The prototypical paccekabuddha is a protector. They’re sometimes symbolized by Mucalinda, the giant cobra who shielded the Buddha from a monsoon.

Even if we loner Buddhists don’t have an official Sangha or formal teachers, we have to look out for each other—especially for those earnest seekers who are new to Buddhism. It’s our responsibility to not see them taken in by cloners. Instead, we have to work to give seekers the tools to make their own informed decisions.

Then they can go their own way, even if that way is as orthodox as can be. 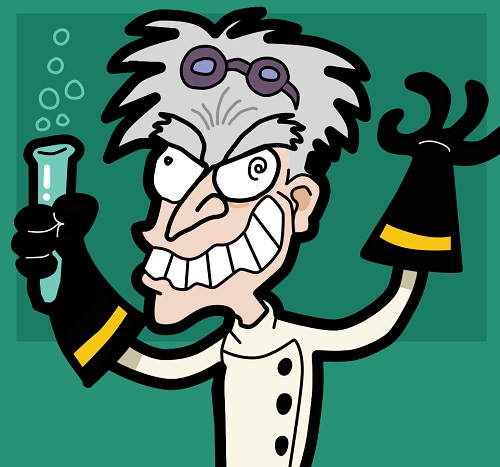 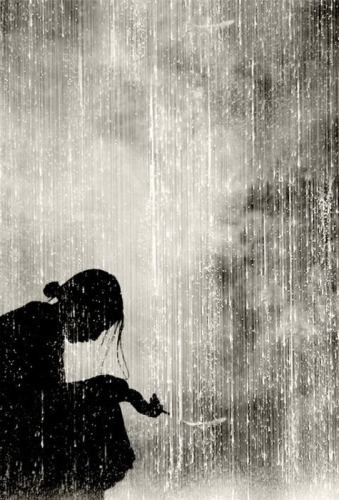 Lost and Lonely Leads to Knowing.

How to Mindfully Focus When You Want to Do Everything