Songs of the Sons and Daughters of the Buddha: Enlightenment Poems from the Theragatha and Therigatha {Book Review} 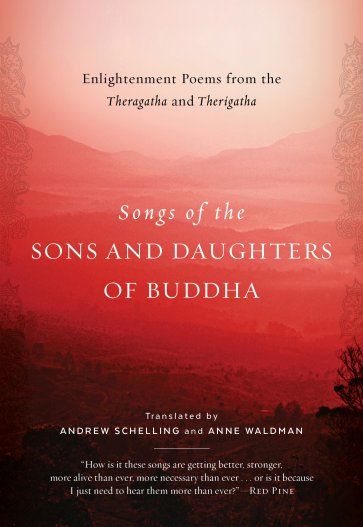 Poetry, unlike its more complacent cousin of verse, can, however, like song, be used to access different parts of our consciousness, to bypass reason and logic and approach the searing quality of an arrow slicing truth through us. Many of Buddha’s contemporaries and disciples commonly expressed themselves such, often in metered stanzas, in the oral tradition. The poems were not written down, but chanted, memorized, handed down, and eventually transcribed.

The title alone, so poetic, captivated me.

I imagined the men and women of 2,500 years ago, living in a time so different from our own in so many ways, perhaps not so terribly different in others, disaffected with their worldly existence, desiring to express the conditions of their outer and inner lives as they struggled to break free.

I never really considered that the early sannyasins, the yogins and yoginis, the seekers and thinkers of that time, disenfranchised with cosmopolitan life, were also poets. Then the thought struck me: why wouldn’t they be? How did I become a poet, of all things, coming out of my background, from which I was supposed to emerge a model citizen, preferably a doctor, or a lawyer?

Unlike these poets of thousands of years ago, I had a formal education, but certainly not in poetry … and yet poetry came. The need to use words in a manner that was not utilitarian pummeled me with great force precisely when my identity seemed to be shattering, and seeking formulation.

Words are our way of helping us explain ourselves to ourselves, incorporate new knowledge into our consciousness, attempt to express and transmit what we know to others, though ultimately, the truths, the wisdom we accrue within, cannot be expressed in words. This is the great, savage beauty of language, that it allows us communication while failing to allow us to express what ultimately lies beyond, or transcends language.

Poetry, unlike its more complacent cousin of verse, can, however, like song, be used to access different parts of our consciousness, to bypass reason and logic and approach the searing quality of an arrow slicing truth through us. Many of Buddha’s contemporaries and disciples commonly expressed themselves such, often in metered stanzas, in the oral tradition. The poems were not written down, but chanted, memorized, handed down, and eventually transcribed.

It was absolutely fascinating, especially as a poet myself, to commune with the pages of this collection.

As we learn in the informative afterword, these sons and daughters were not strictly monks and nuns of a Buddhist order, as there was no monastic tradition yet in Buddhism at the time these poems are thought to have originated. Gatha, we learn, means “song,” and “Thera” are “Old-Time Men,” while “Theri” are “Old-Time Women.”

These were men and women—their poems have been passed down separated by gender—who essentially had no home, who wandered around and lived an ascetic lifestyle. It is thought that their sole possessions were their robes, alms bowls (with which they begged for their once-daily meal), and a razor to shave their heads. They also gathered sporadically, to share and receive the Dharma, and to relate the narratives that brought them to where they were: on the precipice of a new society of their choosing, and a new, ego-devoid identity.

While the exact date of the poems is not precisely known, translators Andrew Schelling and Anne Waldman outline the various origin theories and trace the trajectory of the translations from the original Pali. What is absolutely known is that the men and women who created these poems, or songs, were not in any self-conscious way, poets.

They were, though, like some of our own more modern vagabond poets, consciously freeing themselves of a native land (India) that, much like we find today in our own societies, was becoming increasingly metropolitan, commercial and in which traditional religions were no longer serving their original purposes.

“How many lifetimes I spent

Then was I born

where ghosts rage with insatiable thirst

I took animal shape how many times?

These lives never had substance

they wobbled and drifted

When I realized they were just my own mind

Shakyamuni Buddha, the historical Buddha, himself came out of this increasingly materialistic society as he set out to ponder the shocking mysteries of aging, sickness and death, and sought for answers among various traditions and communities—very social settings—before he ultimately found enlightenment on his own. The men and women poets of this book similarly strove for enlightenment and freedom by casting themselves away from their given lives, and into the wild unknown.

Some, as the poems go, reached enlightenment after years, even lifetimes of struggle and strife, when the Buddha imparted teachings to them. Others, notably the women, recount long narratives of lives spent suffering as prostitutes, or wives of ungrateful men, who were finally granted the opportunity to go and live a life of conscious contemplation.

All were drawn to Buddhism’s there Universal Truths: Sukkha (suffering), Anatta (no-self) and Anicca (impermanence).

I made a hut

from three palm leaves by the Ganges

for an eating bowl

lifted my robe off a trash bin

Two rainy seasons passed and I

spoke only one word

but this time the darkness

The poems ultimately—and very powerfully—speak for themselves, as they spoke to the generation after generation seeking liberation. We are so lucky to have access to the inner worlds of the early Buddhists, to wonder at the way both genders experienced life and found their own unique and profoundly different ways of expressing their narratives.

“You’re crazy! You’re on the wrong track. You want the

moon as a toy. You want to jump over Mount Meru. You

want the impossible. You’re trying to seduce a child of

the Buddha. I desire no one now. No lust for any man.

Desire has been scattered like sparks from burning coal.

It’s poison, forget it. No lust for any man. Can’t see him.

I’ve slain the root and branch of lust through following

Meeting the impermanence of then from the impermanence of now—the horror, the fear, the joy, the humanity! It is utterly rewarding to read the distant voices, long gone, as we contemplate our own mortality, and the weaknesses and frailties of our own flailing humanity during these challenging times… and ultimately, be inspired by the pursuit of truth and freedom.

“I’m named Sukka because I am a “child of light”

I subjugated desire, focused my mind

conquered Mara and his tempters

but it’s the last body I speak in”

By David Jones I'm a Christian guy who writes with a community filled with other traditions, beliefs, and practices. I wouldn't have it any other way. I'm not here to change their paths, and they're not out to change mine. It's a...
Read More

By Kellie Schorr You know that game you play in those awful “team building/ice breaker” events at work; the one that says “If you could talk to any person, living or dead, who would it be?” I usually answer “Jim Henson” to that question,...
Read More

By Dana Gornall I remember that night in frames, like clips shot in a film.It was the night after Christmas, the tree still standing and decorated, opened presents shoved under the branches, pine needs scattered on the carpet threatening to pierce bare...
Read More

By Gerry Ellen   This is the third collection of poems in a trilogy of Catherine Ghosh’s poetry novels, and hands down my favorite and most cherished one. Maybe it’s my love of the waning and waxing moon cycles, maybe it’s the genuine vulnerabilities of each...
Read More

Tammy Stone Takahashi
Tammy Stone Takahashi is a writer, poet, photographer and student of life. She's written on wellness, spirituality and the arts for several newspapers and magazines internationally. Her short stories and poems have been widely published and anthologized and she has worked on several anthologies as co-editor. Her published works include a book of photography, "Tag it! Toronto: A City's Imagination Revolution" (2009), and the poetry collections "Formation: Along the Ganges and Back Again" (2015), "Little Poems for Big Seasons" (2016) and “Land” (2018). She is based in Canada and Japan.

Tammy Stone Takahashi is a writer, poet, photographer and student of life. She's written on wellness, spirituality and the arts for several newspapers and magazines internationally. Her short stories and poems have been widely published and anthologized and she has worked on several anthologies as co-editor. Her published works include a book of photography, "Tag it! Toronto: A City's Imagination Revolution" (2009), and the poetry collections "Formation: Along the Ganges and Back Again" (2015), "Little Poems for Big Seasons" (2016) and “Land” (2018). She is based in Canada and Japan. 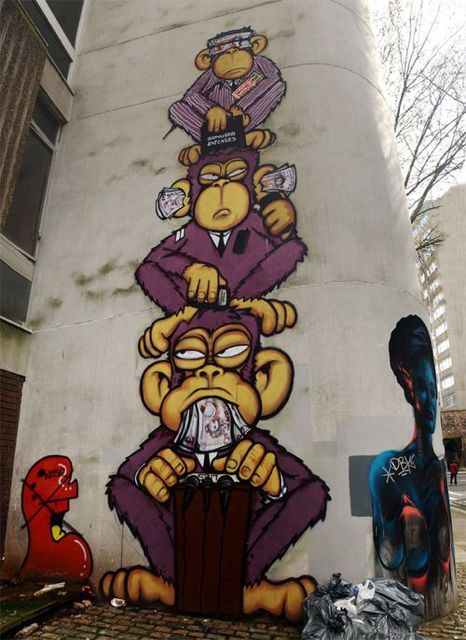 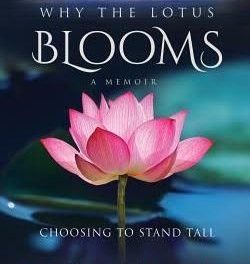 Why the Lotus Blooms: Choosing to Stand Tall {Book Review} 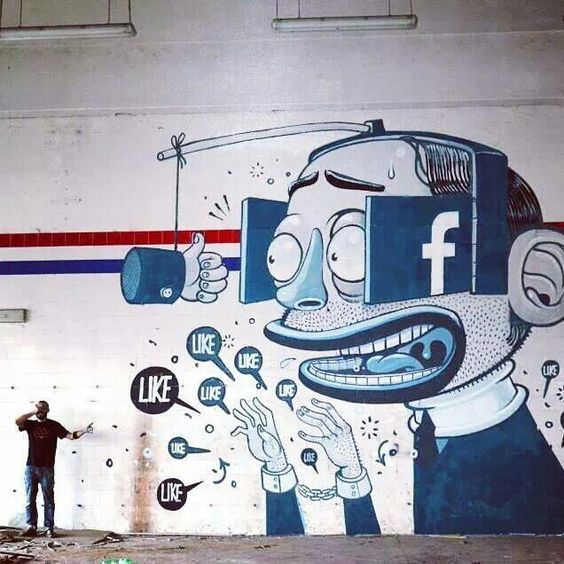 Can Social Media be Mindful?