Shown How to Love Them: An Unexpected Lesson in Metta 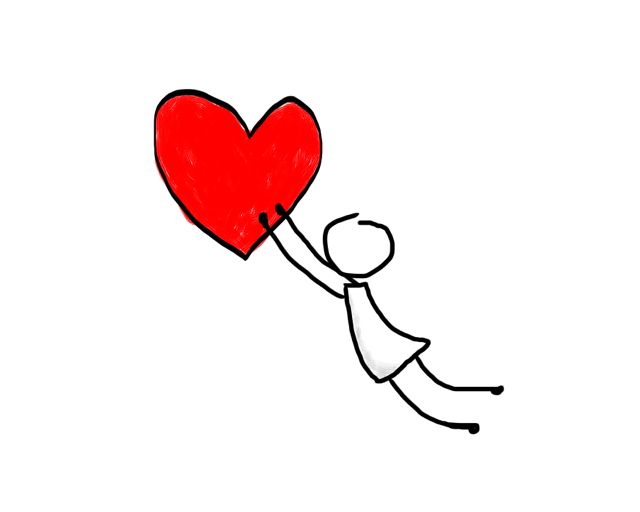 I sat in disbelief. I remembered an early teaching from my mother. She once said that I should never judge another person’s actions unless I have had the same experiences, the same wiring in my brain, the same upbringing and the same constitution that they had. It took more than just walking in their shoes to make me understand. I had to live their lives completely to understand, and since I couldn’t, it was my responsibility to practice loving kindness and compassion.

It was a cold, rainy morning in Kansas City.

I was driving toward the plaza, toward Unity Temple, to work in the Angel Loft, where the babies are taken when their parents want to attend services. It was my chance to nuzzle and cuddle the little ones, since I had none of my own. It was my favorite part of Sundays. Here I am, lost in thoughts of baby cuddles when I see a group of people on the side of the street, holding protest signs.

Immediately, I think, “Who is protesting at 9 in the morning, on a Sunday?”

Ah, yes. Who is always protesting? The Westboro Baptist Church. “I wonder what it could be this time,” is just one of the many thoughts that run through my mind and is probably the kindest. The more I drive, the angrier I become. “Who do they think they are, protesting in MY city. Go back to Topeka. Go anywhere. In fact, just disappear for good.” I was incensed.

Parking the car, I began to think about how I had just let something outside of me control me. I am a big fan of keeping myself under my own control. What is more, I simply did not like feeling hatred. I have always looked at the feeling of hatred as Martin Luther King, Jr did, it was too great a burden to bear. But I had no idea what I could do about it, except to practice loving kindness. Oh my God. Did I just suggest to myself that I needed to practice loving kindness towards a group that is the most prolific hate monger in the world? Yep. I did. And I knew that this was not going to be easy.

Before I made it to the Angel Loft, I had decided that this needed to be a legitimate practice and I did not feel like I could do it alone. I said out loud, to the Universe, or whomever was listening, “I need a shift in perspective. Teach me to love them.”

Two weeks later, I started a new full-time job in Topeka, working in a correctional facility for youth offenders.

I went to a meeting where I was immediately connected with a woman who did re-entry work for the youth there. That was also going to be partly my job, so it made sense that we connected. She and I met for two hours one day, discussing what services we would offer as part of the program I was running and how we could work together.

Once that part of the meeting was over, she began to tell me how her upbringing was not all that different that some of these kiddos we were working with. Her father was mentally unstable. Her siblings fed on those instabilities, finding younger siblings to groom in the ways of the family. She found it to be disturbing but still had not found a way to live in this world without the chaos that was her family. Having just welcomed my mother back into my life after dissolving our relationship for seven years, I understood where she was coming from. Our upbringings were quite different, yet similar, in that we both had some trauma and unhealthy relationship dynamics in our homes.

On my way home that day, I called my best friend, Brit, and told her about this woman, and mentioned that I thought that with a little time, we might actually become great friends. I suggested that Brit and I could even make the trek to Topeka to have drinks with her. I felt that she was so similar to us in so many ways.

A week later, things shifted in my job. We hired a new person who was to take over part of the re-entry job that I was going to be doing. Instead of me going to the re-entry meetings with the youth, he would go. I gave him the schedule and told him to meet with this woman if he had any questions. He said her name, in the form of a question. I said, “Yes. That is her.” He repeated her name again, and, confused, I said, “Yes. You will meet with her regarding this meeting. Is there a problem?” Again, he said her name, only this time he followed it with, “Fred Phelps’ daughter.”

I’m not sure what happened first, but I know that when I finally regained my composure, I had to pick up my jaw, and my stomach and replace my thumping heart back into my chest. In the moment that followed his comment, I realized that I had come face-to-face with my request.

I was shown how to love them.

I called my mother that evening, as I was driving home from work. I told her my experience. She said, “You probably don’t remember this because I think it was before you were born, but we knew Fred Phelps. We sold Fuller Brush together. We stopped associating with him after we found out what he did to his children.” I was intrigued, so I asked the question.

She said, “In the middle of winter, he used to take his children’s shoes and coats and drop the kids off on the street corners and make them sell candy bars. If they sold them quickly, he said it was God’s reward for their piety and goodness. If it took them a while, he would tell them that it was God’s punishment for their sins. Sometimes those poor kids would be standing out there for hours and hours, no shoes, no coats, shivering, waiting for someone to buy a candy bar from them. It’s no wonder they are all mixed up about things. He damaged their minds and hearts beyond repair. And of course, it was the 60’s and early 70’s. The police did not get involved in things like that. Parents had a lot more freedoms then than they do now.”

I sat in disbelief. I remembered an early teaching from my mother. She once said that I should never judge another person’s actions unless I have had the same experiences, the same wiring in my brain, the same upbringing and the same constitution that they had. It took more than just walking in their shoes to make me understand. I had to live their lives completely to understand, and since I couldn’t, it was my responsibility to practice loving kindness and compassion.

In no way do I condone their behavior. I do, however, have a greater understanding of why they are so confused about religion and love and compassion. I also feel like my friend would have made a better choice for herself, if she knew that there was something better out there for her. I don’t see her anymore. I haven’t spoken to her in almost four years. But she does cross my mind; and when she does, I send her all the love I can muster, all the compassion I have.

I may not have walked in her shoes, but I did walk beside her for a while, and that gave me insight I will never forget.

The Yellow Ribbon for the Dalai Lama

By Tammy T. Stone Thousands of people have already crowded into the sprawling Kalachakra Temple compound in Dharamsala, India by the time my husband and I arrive at 8:00 a.m. We’re gathering in anticipation of His Holiness the Dalai Lama’s first day of...
Read More

Advent: The Star Inside Rather Than in the Sky

By Carmelene Melanie Siani In an effort to make Christmas more personal and less commercial, my husband David and I committed to paying special attention to Advent, the Christian liturgical season leading up to Christmas. Our goal was to...
Read More

By David Jones Today I spent a lot of money for a calendar. It didn't have pictures of adorable kittens, favorite Star Trek or Star Wars scenes, or even photos of tropical beaches I could die happily on. It was two framed sets of panels...
Read More

Finding The Zen in the Pagan Roots of Halloween

By Deb Avery The wheel turns once more as it brings the festival that has lived on throughout thousands of years. No matter how you celebrate, it is all about gratitude, performing rituals and honoring the passing of the seasons, our...
Read More

Indira Grace
Columnist at The Tattooed Buddha
Indira Grace has worked as a spiritual advisor and educator, Reiki healer, Master and teacher, massage therapist, yoga instructor, and GED instructor in a maximum security prison for more than 15 years.She has earned her Bachelor’s Degree in Secondary Education and her Master’s Degree in Teaching. She has been a practicing Buddhist for about 20 years, often incorporating various aspects of the practice into her education programs. She joyfully lives with her 2 dogs.

Indira Grace has worked as a spiritual advisor and educator, Reiki healer, Master and teacher, massage therapist, yoga instructor, and GED instructor in a maximum security prison for more than 15 years. She has earned her Bachelor’s Degree in Secondary Education and her Master’s Degree in Teaching. She has been a practicing Buddhist for about 20 years, often incorporating various aspects of the practice into her education programs. She joyfully lives with her 2 dogs.

The Fundamental Buddhist Teaching that I Don’t Like Very Much. 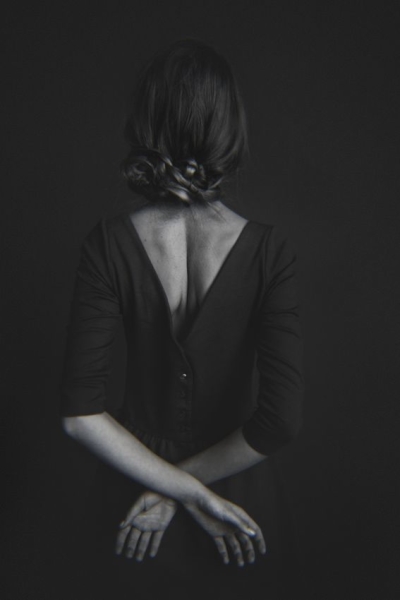 The Flatness of Being. 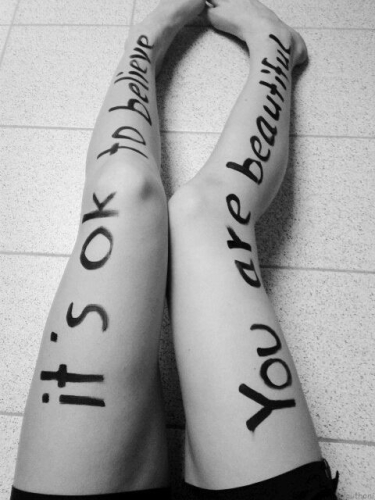 This is My Body. {Poetry} 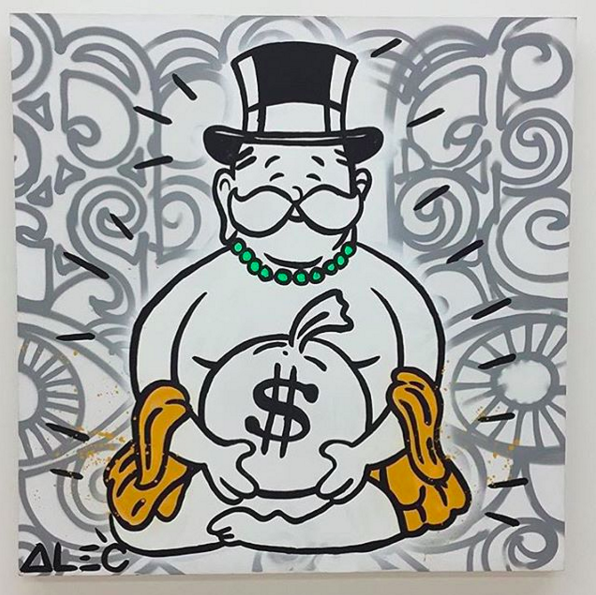 Are Dharma Centers Becoming a Business?